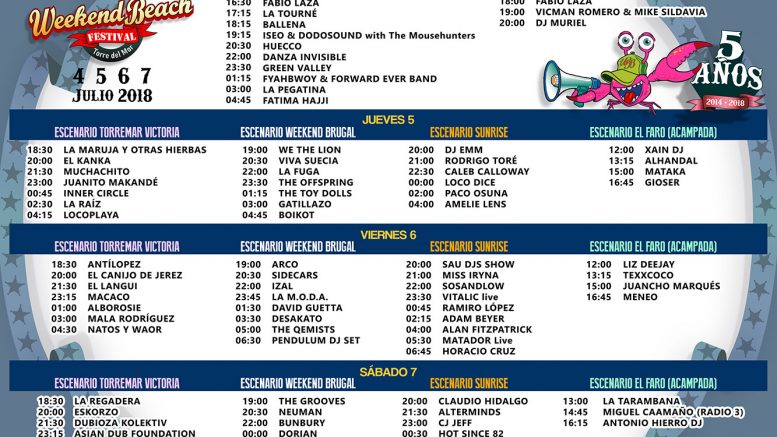 WEEKEND BEACH PRESENTS THE OFFICIAL SCHEDULE OF ITS FIFTH ANNIVERSARY

NACH joins the festival’s line-up replacing WYCLEFF JEAN , which cancels its European tour. The Malaga festival which this year celebrates its fifth anniversary , will be held from 4 to 7 July on the beach of Torre del Mar . More than 90 national and international artists will spend four days on the four stages. The festival also has an official camping area next to the enclosure and the beach, recreational areas, rest, gastronomy, but above all a lot of music to make the weekers live a unique experience every year. 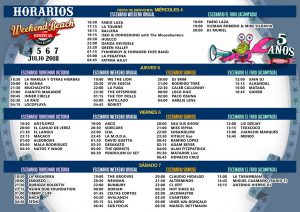 Ignacio Formés Olmo, better known as NACH , joins the WEEKEND BEACH FESTIVAL TORRE DEL MAR poster at the last minute . A name with a more than long career in the national hip hop scene, with more than ten albums released since his first work in 1994. “Grande” · is his last album, released this year, which he will present at Torre del Mar.

The performance of NACH is due to the last minute decision of WYCLEFF JEAN , which has announced the cancellation of its European tour with more than eleven dates.

All this and much more only at WEEKEND BEACH FESTIVAL TORRE DEL MAR . Only one week to live the experience.